› Colapso › In English › Política › Political proposals most aware of the collapse: The Integral Revolution

Political proposals most aware of the collapse: The Integral Revolution

(Taken from chap. 5: «A few of the political proposals that are most aware of the collapse» of the book «La izquierda ante el colapso de la civilización industrial«, by Manuel Casal Lodeiro. Translated by Amelia Burke and reviewed by the author.)

In recent years there has been an upsurgence of the concept of the Integral Revolution within Spain, with growing intentions of spreading internationally. This idea departs, more or less simultaneously, from two main fields. One of them, and in my opinion the most interesting, is the Integral Co-operatives movement, emerging from Catalunya through the work of Enric Duran Giralt, among others. This movement has already spread itself, with a clear intention to become international, through diverse locations within France and Spain[1]. These co-operatives set out to create a social and economic alternative space to capitalism, eluding political participation in State institutions and striving to operate, wherever possible, out of it. The origen of these experiences is to be found in the spectacular expropiation successfully planned and carried out by Duran and other activists in 2008. With almost half a million euros squirrelled away in various bank accounts, they funded a variety of initiatives, one of which was the printing and distribution throughout Spain of the successive revolutionary publications Crisis, ¡Podemos! (WE CAN live without capitalism), Queremos and ¡Rebelaos!. Out of these co-operatives an Integral Revolution is being set into motion, Duran being the most prominant figure of the collective. They define it as a «process of historic significance for the building of a new society of autogestión (self-management) based on autonomy and the abolition of the current forms of domination: the State, capitalism and all those who are affecting human relationships and relationships with nature.»

The Integral Co-operatives (whose first and most developed exponent is the Cooperativa Integral Catalana) are purely autogestionary propositions to allow a departure from capitalism. In this sense, as in the case of Ted Trainer which we will refer to later on [in this book], they are opting to avoid a confrontation with a dying and un-reformable system, giving up the struggle for power within or outside of the institutions of representative democracy, and instead, showing the way by example that it is possible to live without capitalism. In this sense they are practical postcapitalist propositions, which are creating, since 2010, an effective anti-power through alternative and more resilient methods of satisfying individual and collective needs, even incorporating community health systems.

These proposals emerge from the verification of the immenence of Peak Oil (already clearly mentioned in the first of their publications, Crisis, in September 2008) although later on, as I already mentioned in this book, Duran himself has shown a certain inconsistency by the fact of opting for an important and growing use of new technologies, as in the case of cryptocoins, reminding us in some ways of the techno-eco-anarchist position of Murray Bookchin[2]. During a visit by Duran to Corunna a few years ago, I was able to confirm in person that Peak Oil, although understood and long been taken into account by himself and other protagonists as a motivating factor of the movement, ought not, in his opinion, set the pace of the proposed revolution.

In any case, these are experiences which are slowly but surely diseminating throughout a variety of places and which I consider to be of maximum interest for the following two main reasons: 1) they demonstrate that it is possible to live outside the capitalist system; 2) they are developing practical experience of a simple and resilient way of life which could be very useful as models which we might replicate in the face of a possible collapse of the state-industrial system.

We should also point out that the Integral Co-operatives completely reject the institutional route and, in this sense, clearly separate themselves from routes such as the Transition Towns, which are much more inclined to the possibility of an institutional movement, although not depending on it.

I should make it clear to my readers that they will come across the same terminology of Integral Revolution used by another author, Félix Rodrigo Mora, who I don’t consider equally relevant regarding the effects of the transformation of the Left under discussion here [in the book], but I do feel it is necessary to mention him in order to not be confused when trying to identify what is this famous Integral Revolution. The self-taught philosopher, Rodrigo Mora, is quite popular in certain Spanish anti-system circles and, in particular in Galicia for being the author of a book entitled O atraso político do nacionalismo automonista galego. I won’t talk about this work here, suffice to say that it takes the interesting question of up to which point is the Galician nationalist progressism to blame for abandoning the characteristics which made the basically agro/livestock/fishing economy of Galicia sustainable, in favour of a run towards industrialization, but ends up turning into an obstinate personal attack, lacking in any solid argument, against Xosé Manuel Beiras (nationalist leader of Anova, and formerly of BNG – Nationalist Galician Bloc). Instead, I will look at the concept that F.R.M. has of what he also calls the Integral Revolution, which in his opinion will last for no less that one thousand years[3]. In the foundation of his fierce criticism of industrialism and the State —which is for him an omnipresent entity and the source of all that is bad— energetic unsustainability is noticeably absent, and he does not take on board the idea that there might be a particular problem with oil, to quote the example which for us is so obvious and pressing. Another distinguishing feature of his argument is that he feels it necessary to carry out an interior, cultural and ethical revolution first (he typically says that the fundamental aspect of the necessary changes is the quality of the subject), as an essential step towards the revolution of society and of the ways of life, so denying that available resources a society might have mark, to a great extent, the evolution of its values[4]. Consequently, it will be the energy scarcity which will force a rapid change of predominant values in post-industrial societies in rather less time than his predicted one thousand years. As explained by Odum & Odum it is a mistake to try and promote a process of interior change in every person —> social change —> change of systemic/civilizatory cycle, when in reality the process is usually as follows: change of cycle in the system —> social change —> change within people[5]. They believe, unlike Rodrigo Mora and others, that this change of attitude could perfectely well take place within one generation, and look at the part a communication vehicle like television might play in order to facilitate cultural change[6]. Xoán Doldán’s opinion also stresses this procedence of phases in ethical-social[7] change:

The interior changes within people, in order to be real, ought to imply ideological changes and changes in habits and attitudes. The first can be shifted, with difficulty, earlier than the latter. So even with changing ideas, behaviour can continue in the same dynamic frustrating social change. If the social context changes, attitudes can begin to change in line with this social context. If there is a favourable climate to certain attitudes these can proliferate, while for those for which there exists social unacceptance, they can be moved backwards.

Although in the political proposition by F.R.M. we encounter many similarities with some of the other propositions named in this book (re-ruralisation, a simple way of life, assembleary localism, recovery of the integration of human beings with their natural environment through a massive return to a diet based on tree nuts, especially acorns, etc.) this particular author deliberately and forcefully abhors from all families of the Left. There are even those who see in his work some anti-democratic, carlist-style reactionary, religious or conspiranoic signs. Surprisingly, his discourse —abundant in historical mystifications and unfairly generalized attacks on movements like ecology, feminism or the Left in general— has found considerable and controversial prestige, especially within certain anarchist circles.

Is this integral revolution which F.R.M. talks about the same as the one lived and spoken by Enric Duran and the rest of the activists from the CIC? By the success which both share among the same type of public —especially within anarchist circles[8] and alternative circles in general— we could tend to think that it is. Nevertheless, I am still not so sure, and think that for now, both sectors are choosing to bypass the differences and are looking for mutual feedback and reinforcement. For example, we shoud recognize that Duran’s techno-optimism is difficult to reconcile with the strong neo-luddism of F.R.M.[9]; besides, the both have a very different awareness of the energetic determinant. However, it is paradoxical that the one who is most aware —Duran— is also the most techno-optimistic, while the one who opts for a simple, rural life free from advanced technology —Rodrigo Mora— is the one most disbelieving of Peak Oil. Probably, as they continue to manisfest both visions of the Integral Revolution within experiences of actual political practice —and in this respect the Integral Co-operatives are greatly ahead, with approximately ten thousand people involved in this kind of projects at the start of 2015, being half of those in Catalonia[10]— these divergences will begin to emerge and will help to dissipate the doubts about the propositions of both sides.

[1]You can look up the Integral Cooperatives Network site at: http://integrajkooperativoj.net/ In Galicia, after a failed initial attempt to reproduce the Catalan model at a national level with the Mancomunidade Integral Galega, two local integral projects are currently being developed: one in Santiago de Compostela and the other in Corunna.

[3] Curious revolution, which by definition should be a rapid change in historic scale.

[4] Ecological anthropology explains that every culture (and predominant values and morals are part of it) is fruit of the relationship human beings have with their natural environment. Henrique P. Lijó leads me to the references of two authors regarding this question: Frantz Boas and Ubaldo Martínez Veiga (pers. comm., 2015/02/05).

[6] Ibid, p. 196. Yayo Herrero is one of those who considers that political parties definitely have a «pulpit» available to them (especially in the media) which is very important in order to be able to dispute «cultural hegemony» (Herrero, Yayo; Sabanés, Inés; Miki (2015): Debate «El Decrecimiento ante las Urnas», I Jornadas Decrecentistas, Universidad Complutense de Madrid, 2015/05/05. URL: https://www.youtube.com/watch?v=C4pRaTcgUmw).

[8] Although there are also very severe critics within this same ideology, at least against F.R.M. The fact that he gave a speech to some fairly questionable collectives has only served to strengthen the anarchist critiques at this author: http://arainfo.org/2013/05/felix-rodrigo-mora-da-una-charla-en-toledo-organizada-por-un-colectivo-de-extrema-derecha/

[9] Rodrigo Mora was part of the anti-development collective Los Amigos de Ludd (Ludd’s Friends), although with some notorious splits with the other members: vid. http://felixrodrigomora.net/carta%20A%20TONI%20-12-05-10%5B1%5D.pdf 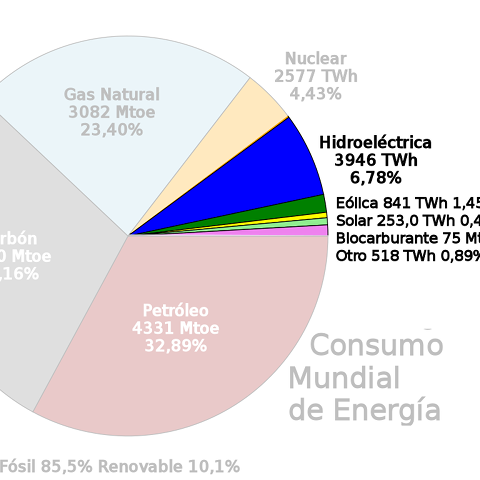